We are working to operate with sensitivity to
planetary boundaries*, including
in the areas of climate change,
land use, freshwater and chemical pollution,
from what we buy to where we sell

*The planetary boundaries concept proposes limits for nice processes that regulate the stability and resilience of the Earth system, together forming a set of boundaries within which humanity can continue to develop and thrive for generations to come.

It’s critical that our products are made in a way that is sensitive to planetary boundaries, or environmental limits within which humanity can safely operate. These boundaries include climate change, land use, freshwater and chemical pollution. So we are finding ways to minimize our carbon, waste and water footprints, from what we buy to where we sell.

We are determined to play our part in tackling climate change. As part of Tommy Hilfiger’s Climate Cool taskforce, Hannah Whitmarsh, Monica Visniuc and Dominique Schal are dramatically reducing the carbon footprint of our operations. 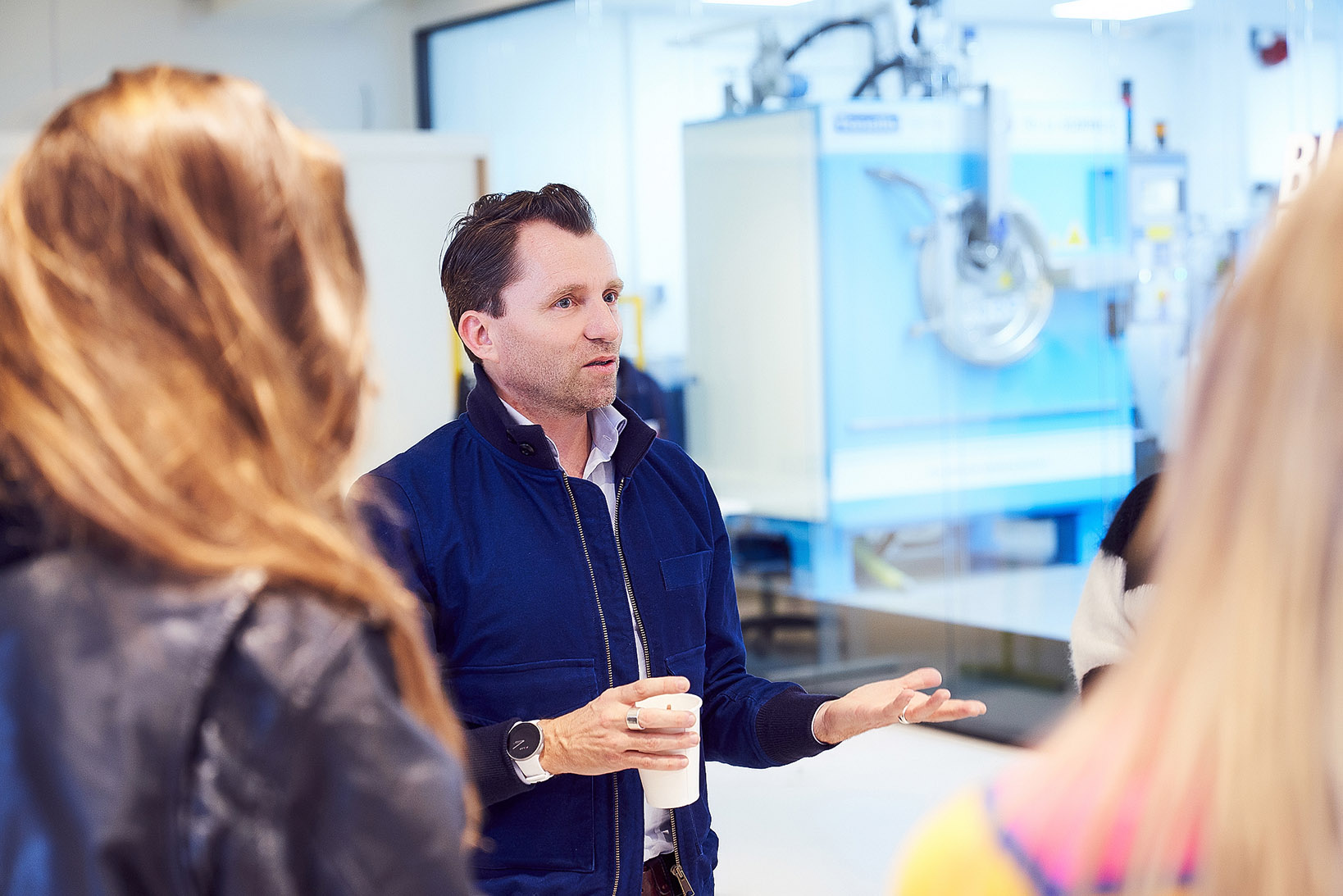 Meet Nicolas – the pioneer making denim kinder to the planet. 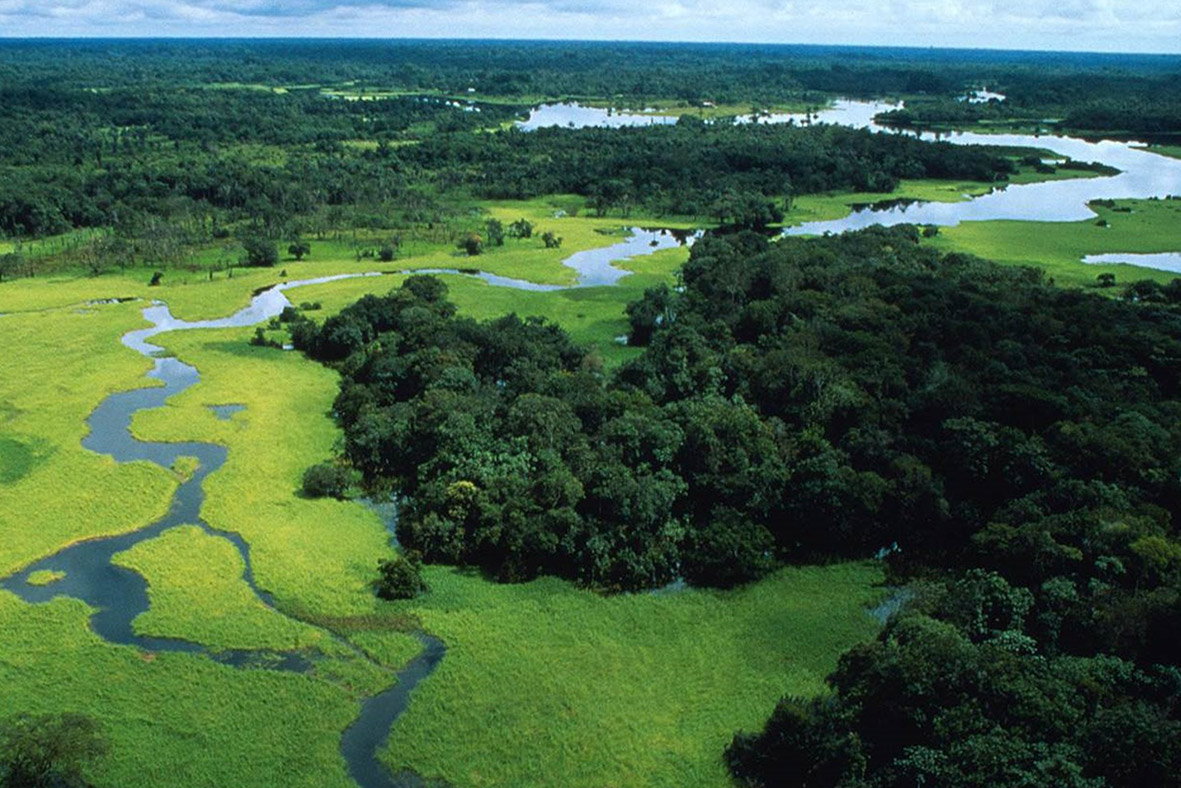 OPERATE WITH SENSITIVITY TO PLANETARY BOUNDARIES, including in the areas of climate change, land use, freshwater and chemical pollution, FROM WHAT WE BUY TO  WHERE WE SELL.

What "Made for Life" means to us

By 2030, we will reduce the carbon footprint of our value chain ahead of Science Based Targets requirements, recycle or re-use all our waste, and use water sustainably.

OUR "MADE FOR LIFE" AMBITIONS

Reduce our total Scope 1, 2 and 3 greenhouse gas emissions ahead of Science Based Targets trajectory.

Unpreventable waste will be re-used or recycled at equivalent or improved levels of quality or value.

Reduce water use in our value chain as far as possible, and work with others to preserve water resources in high-risk basins.

HOW WE’RE MAKING IT POSSIBLE

We’ve already made the first steps on our journey. As we continue, we’ll share our ups and downs – the goals we have reached, as well as the challenges we have encountered.

We have finished more than 2 million, or 43%, of Tommy Hilfiger denim pieces using lower-impact techniques* – using less water and energy than is typically used to finish jeans.

We have launched the Building Design Rulebook, which provides guidance for reducing greenhouse gases at all our offices, stores and warehouses in Europe. We have also developed the GreenUP! Tool, a set of sustainability guidelines and assessment metrics for stores.

In Europe, 85% of all PVH stores have been (re)fitted with LED lighting and 50% of PVH facilities are now powered by with renewable energy.

In China, we have worked with the Chinese Textile Association and the World Wide Fund for Nature (WWF) to train over 130 suppliers and 55 industrial parks on how to better address water risk. We also co-created a free training app that has been rolled out to approximately 200 suppliers in China, as well as to suppliers of H&M, Target and Tchibo.

We are a founding partner in a new water stewardship program in the Mekong River Basin in Vietnam. The program addresses water, energy and climate risks in the region by improving supply chains and promoting transboundary learnings.

Here’s how we believe we can make our vision a reality. As the world evolves and new opportunities arise, we’ll continue to update our progress and build upon our targets – so we can go even further.

100% of our packaging in our operations and supply chain will be recyclable, reusable or compostable, and our products will be passed to our consumers free of oil-based, single-use plastic packaging.

Water leaving wet processors will have zero hazardous chemicals and will be filtered for harmful microfibers.

Our offices, warehouses and stores will be powered by 100% renewable electricity by 2025 and we will drive a 30% reduction in our supply chain emissions by 2030.

All our offices, distribution centers and stores will achieve zero waste and eliminate single-use plastics.

In order to achieve our vision, we will have to push the boundaries so we can accelerate our progress toward reducing impact from processing, manufacturing and operations.

We know we can’t do this alone, so partnerships and co-creation are central to our constantly evolving innovation plan. Right now, our focus is on identifying and launching unlikely collaborations to create breakthrough CO2 positive products. 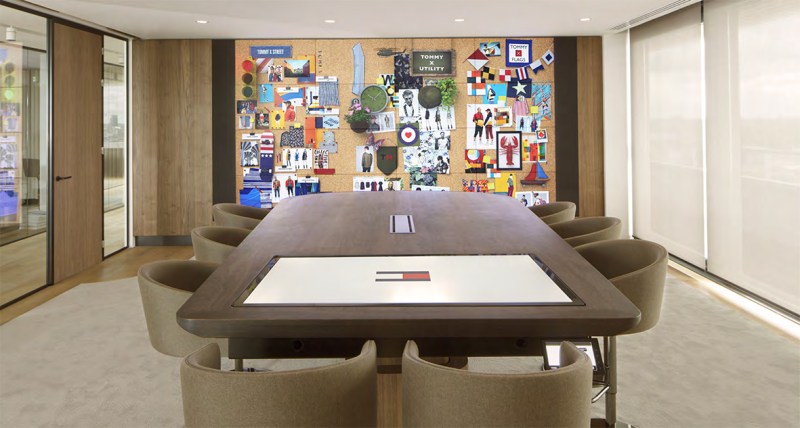 Tommy Hilfiger is a PVH brand.

To report any instances of fraud or phishing, please refer to our Anti-Fraud Information Guide and email us at tommyhelp@tommy.com

For all company, investor and communications inquiries, please email us at investorrelations@pvh.com

Mindful Resource Use
Vision and Ambitions