In Conversation with Kaustav, Didem and Ewart

As a child, Kaustav Dey found a tattered pair of black corduroy bell-bottom pants forgotten in a cupboard. He had always felt different from his classmates and tried to make himself invisible so he wouldn’t stand out. But when he found these unusual pants – so different from his plain school uniform – they became the beginning of a new way of being for Kaustav.

“I pulled on those god-awful pants and belted them tight,” Kaustav says. “Almost instantly, I developed what can only be called a swagger. That day, instead of being invisible, I chose to be looked at. I discovered the power of fashion and I’ve been in love with it ever since.”

Many years later, Kaustav joined the Tommy Hilfiger team in India, where he leads marketing. His TED talk about using fashion as an act of expression and dissent has inspired over a million people around the world – including his colleagues across PVH Corp. (Tommy Hilfiger’s parent company).

In it, he refers to the acts of oppression and violence against those who express themselves, including the stories of Nobel Peace Prize winner Malala, actor Karar Nushi and transgender activist Alisha. “It’s natural to be afraid of this violence against our bodies and what we wear on them. However, the greater fear is that once we surrender, blend in and begin to disappear, then the more normal this false conformity will look, the less shocking this oppression will feel.”

In 2019, the PVH team took the theme of fearlessness to PRIDE Amsterdam’s Canal Parade – which shared this theme as a tribute to the 50th anniversary of Stonewall, a demonstration against a police raid that became one of the most important events leading to the gay liberation movement.

Drawing on Kaustav’s story, the team created a boat that was a blank canvas on which other PVH associates, as well as members of the local LGBTQ+ community, could freely express themselves. With the help of the local ballroom community, PVH’s boat turned Amsterdam’s canals into a runway for gender expression.

It’s natural to be afraid of this violence against our bodies and what we wear on them. However, the greater fear is that once we surrender, blend in and begin to disappear, then the more normal this false conformity will look, the less shocking this oppression will feel. 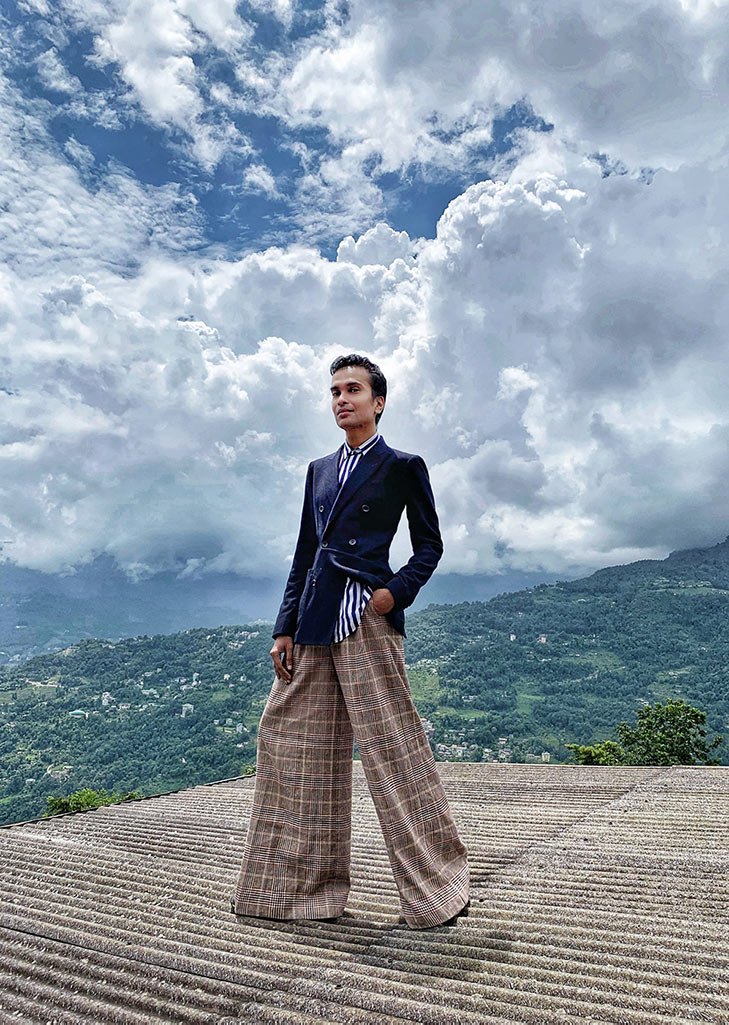 As it floated by, the boat transformed from a white space to a rainbow – representing the transition from past to future, from silence to expression, from somber to joyful. The thought, care and energy that went into it was acknowledged by the jury, who awarded it second place for Best Boat Design.

“The parade was one of the most moving experiences I have ever had,” Kaustav says. “I was so inspired by my colleagues wanting to stand up for themselves and each other. There are so many ways to reach out using courage, and now is the time to do it. I hope this is what people took away from PRIDE.”

PRIDE Amsterdam was an important moment of celebration, but it was more than just a party. At Tommy Hilfiger, we are committed to making fearlessness a reality for everyone who works with us – not just once a year, but every day. Some of our associates from the LGBTQ+ community share what true inclusion means and what’s needed next. 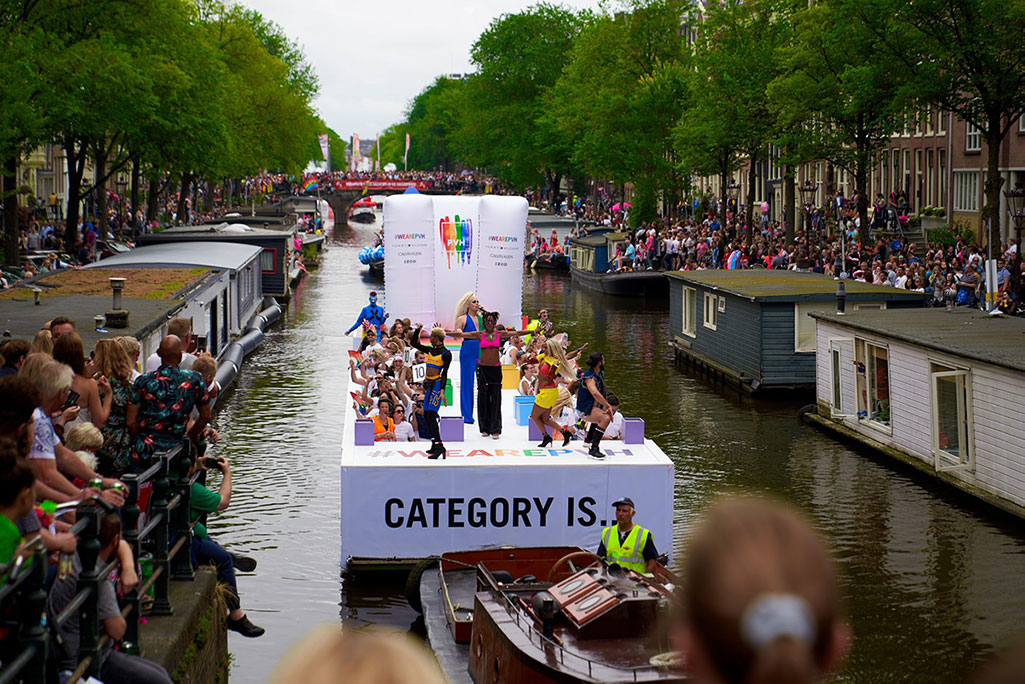 Didem Altay, a Product Development Coordinator in the Netherlands team, describes how Tommy Hilfiger’s culture means she can be herself. “Working in such a welcoming environment is helping me to show myself as the person I am. There is more and more focus on PRIDE, which shows other employees that the company expects everyone to accept all their colleagues just as they are.”

And Ewart Campbell, who works in the U.K. team as a Talent & Development Business Partner, adds that this level of acceptance benefits not only him, but the business. “I am encouraged every day to be me. I can share my ideas and my experiences without judgment, and then use this to drive myself and the business forward. We can all live and breathe fearlessness in everything we do – whether it’s individual projects, business growth or risk-taking with new initiatives. It is in our DNA.”

I am encouraged every day to be me. I can share my ideas and my experiences without judgment, and then use this to drive myself and the business forward. 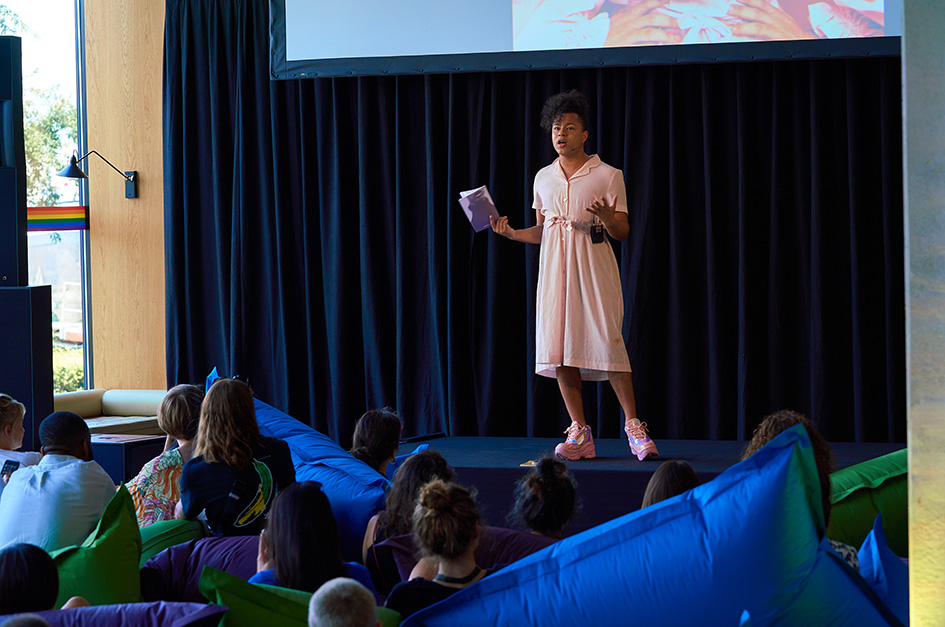 Ewart explains that this culture has developed out of the creation of an open dialogue. “The most important thing is that we are actively encouraged to join the conversation around inclusion and diversity. That can be uncomfortable, but it’s possible because there’s a safe space for it.”

The fashion industry should continue, Didem adds, to harness its power to create change. “Fashion brands should use the opportunity they have to influence people – for example, by using more genderless advertisements. They shouldn’t be scared to send a message of equality to the world.”

Opportunity For All
Top Of Page